3M…It’s not just about the Film

Many people are familiar with the 3M brand. We may even use their products on a daily basis without even noticing. We know this brand as reliable and high quality. Admit it, you know the off brand sticky notes don’t stick as well as 3M Post It Notes, And just any tape isn’t as good as Scotch Tape. How did 3M get their start? And what other products do they make that we use?

3M was incorporated as Minnesota, Mining, and Manufacturing Company in 1902, and its first product was sandpaper. Shortly after they created the first waterproof sandpaper, which reduced airborne dust during automobile manufacturing in the early 1920s.

In 1925 after two years of experimentation with different types of adhesives that was applied to a crepe paper backing to come up with the right combination, Scotch Masking Tape was born.

In 1939, 3M introduced its so-called “snail dispenser, which remains in use today.

In the 1950s they introduced such products as the Thermo-Fax copying process, Scotchgard Fabric protector, videotape, and Scotch- Brite Cleaning Pads

In the 1980s 3M introduced Post – it Notes and it changed people’s communication and organization behavior forever.

In the 1990s sales reached the $15 billion mark and continued to develop a variety of innovative products just a few are immune response modifier pharmaceuticals, cell phones, and flexible circuits used in inkjet printers.

3M shook up the world of bandages by creating the first technically advanced strip bandage in 1994, with our Active™ Strip Bandages. By 1996, 3M was the #2 bandages brand. In 1997, they launched the Nexcare brand and introduced the first waterproof bandage in the category. In 2007, they revolutionized the bandage again by introducing the patented diamond-shaped bandage. The unique shape provides a 360º seal around the pad and comes in a variety of backings to deliver the ultimate in comfort and protection against water, dirt and germs.

In 2004 sales topped $20 billion and their new products such as Transparent Duct Tape, Optical Films for LCD Televisions, and a new Line of Scotch-Brite Cleaning products contributed to this growth. Just a few short years after in 2007 Scotch-Brite introduced their first disposable toilet scrubber with built-in bleach and Scotch-Blue Painters tape.

So where did window film come into the 3M history?

The 3M Company is the original patent holder for sun control window films, dating back to 1966. Prior to the introduction of window films, metallic spray on coatings were used to increase energy efficiency of installed glass. These coatings were difficult to install and prone to streaking. So 3M combined the technology of metallic coatings to clear polyester to create the FIRST Sun Control Window Films. And just 3 Years later in 1969 3M introduced clear Security Window Films to help hold broken glass in place in response to terrorist bombings in Europe.

Over the years 3M Window Films have evolved, becoming longer lasting, more durable, and more efficient. Today, 3M manufactures metal free window films that achieve such high performance levels yet many cannot tell that they have been installed on the glass.

Nearly every piece of glass can benefit from the addition of 3M window film. As said by Tim Thorton, global business director of 3M Renewable Energy Division “During the course of any given day, an individual may experience the benefits of 3M Window Film without ever noticing its presence” says Thorton,”Despite its nearly invisible nature, the product is the unsung hero of many homes

and buildings as it rejects solar heat, reduces fading and the effects of UV exposure and offers an additional layer of protection to any window.”

3M…It’s not just about the Film 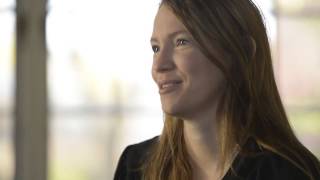 Love the Sun, Hate the Damage?